42 Year 9 & 10 students from Weydon School completed a short tour of the West Country at the start of half term. The Year 9 team started their tour with a convincing 40 – 0 win against the Forest School near Reading. A great all-round team performance saw them convincingly overcome their opponents with Jasper Henderson picking up the man of the match award. At the same time the Year 10 team took on a combined Year 10/11 team from Court Moor in Fleet. In a great game full of physicality and mutual respect, Weydon’s teamwork and tactical expertise saw them to a hard fought 17 – 0 victory. Inspirational Captain Finn Basil picked up the man of the match award for an outstanding performance. Both squads travelled on to spend the night at the YHA in Bath.

After spending Friday morning sightseeing around Bath the squads took part in a training session in the afternoon with Bath’s community coaching team. That evening they got to watch Bath beat West Country rivals Exeter in a gripping contest played in wet and very windy conditions at the Rec. On the Saturday morning the players got to watch England put in the performance of their lives to defeat the All Blacks, before travelling down to Saunton Beach for a surfing lesson and a chance to play some touch rugby on the beach.

Finally on the Sunday morning the team travelled to Taunton Rugby Club to watch South Africa end Wales’ World Cup dreams before the U14 squad played matches against Taunton and Chard rugby clubs. Although the squad lost both matches they deserved more from their games. Ali Kennedy picked up the man of the match award for the Taunton game whilst Billy Sheppard’s bulldozing runs against Chard saw him given the player of the match award. Unfortunately the U15 team’s opposition, Wellington, had to cancel their match because of waterlogged pitches so the boys had a run out at Taunton and watched the U14 squad.

Director of Sport Karl Brown commented “What a fantastic weekend of rugby for our boys. A great way to develop the team spirit in both squads and for the boys to be inspired by the opportunities they had. A big thank you to the staff who gave up their time to make the tour happen and to the boys for adopting a superb attitude throughout the weekend”.

Thank you to local businesses for their donations 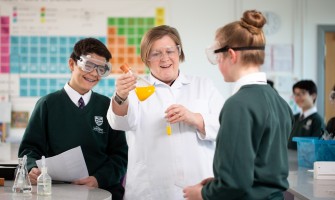